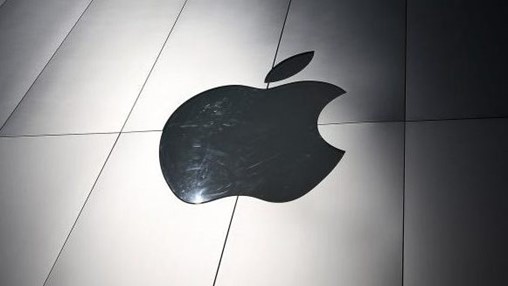 CARY – Apple says it has no intention of allowing Epic Games to regain access to its App Store and the Apple iOS operating system, rejecting a request made by the Cary technology company made on Thursday night, according to MacRumors. “As we’ve said all along, we would welcome Epic’s return to the App Store if they agree to play by the same rules as everyone else,” Apple said in a statement provided to MacRumors, a news site focusing on Apple related news. “Epic has admitted to breach of contract and as of now, there’s no legitimate basis for the reinstatement of their developer account.” In a tweet, Epic said it was asking Apple to restore iOS and App Store access in view of a new law passed on South Korea intended to grant developers more access to both Apple’s and Google’s app stores. Epic also said that it intended to “re-release” the currently banned Fortnite in South Korea. The move follows the South Korean government’s passage of a law that will allow developers to select which payment systems to use to process in-app purchases. That means they may be able to bypass hefty charges imposed by Apple and Google. “Epic has asked Apple to restore our Fortnite developer account,” Epic said via Twitter. “Epic intends to re-release Fortnite on iOS in Korea offering both Epic payment and Apple payment side-by-side in compliance with the new Korean law,” the company added. But Apple, according to MacRumors, said Epic needs to comply with Apple ‌App Store‌ review guidelines. Epic has refused to do so, MacRumors noted. The legal battle Epic and Apple filed lawsuits against each other last year. Epic challenged Apple’s imposition of 30% fees on in-app sales, calling them a “tax.” Apple banned Epic and Fortnite after Epic devised and launched an alternative payment system that bypassed Apple’s restrictions. A decision in that suit is expected from the federal judge in California who heard the case at any time. Epic also has challenged similar restrictions by Google. The fight among the tech firms is global with battles ongoing in the European Union and Australia. Asked for additional information, an Epic Games spokesperson said “No further comment here.” Web news site The Verge called Apple’s move a test of Apple. When the South Korea law was passed last week, Epic hailed the decision. “Korea has rejected digital commerce monopolies and recognized open platforms as a right,” Epic CEO Sweeney declared via Twitter shortly after the law was passed. “This marks a major milestone in the 45-year history of personal computing. It began in Cupertino, but the forefront today is in Seoul.” In the past two weeks, Apple has taken other steps to lessen some of its restrictions. Apple will allow companies such as Spotify and Netflix to direct customers to their own websites to make payments, allowing them to more easily avoid fees levied by the App Store. The iPhone maker’s latest concession in a long-standing fight with app developers was announced last week in response to an investigation initiated by Japan’s Fair Trade Commission. The update — which will take effect in early 2022, and applies worldwide — will allow developers of what Apple calls “reader” apps to insert a link out to external websites and let people set up or manage their accounts there. Such apps provide previously purchased content or subscriptions for magazines, newspapers, books, audio, music and video, according to Apple. Amazon Video and Kindle are also frequently cited as examples of reader apps. Spotify and Netflix once allowed users to pay for services in-app, but have since stopped that form of billing for new members amid a dispute with Apple over the hefty commission it charges. Downloading the Netflix app, for example, will allow you to sign in — but only if you have an existing account. The app otherwise tells you to “join and come back” once you have an account. “Apple’s selective tweaks to its App Store rules are welcome, but they don’t go far enough,” tweeted Horacio Gutierrez, head of global affairs and chief legal officer at Spotify. “To ensure a safe and seamless user experience, the App Store’s guidelines require developers to sell digital services and subscriptions using Apple’s in-app payment system,” Apple said, adding that it is allowing for the change “because developers of reader apps do not offer in-app digital goods and services for purchase.” The update will make it easier for some developers to bypass hefty charges imposed by Apple. The company’s commissions go as high as 30% on some purchases made through its platform. Developers have said they have little choice but to comply, since Apple does not allow customers to download apps from any source other than the company’s official store. Sweeney tweeted that Apple’s “special deal” for some media apps amounted to the latest in a “day-by-day recalculation of divide and conquer in hopes of getting away with most of their tying practices.” “Apple should open up iOS on the basis of hardware, stores, payments and services each competing individually and on their merits,” he wrote. Apple earlier said it would relax some restrictions on how iPhone app makers could communicate with customers outside its App Store. The company said that “developers can use communications, such as email, to share information about payment methods outside of their iOS app,” as long as users consent to receiving those emails and have the right to opt out.